During SC’17, the 30th International Conference for High Performance Computing, Networking, Storage and Analysis in Denver, in November, UberCloud received three awards for Cloud HPC on behalf of the Stanford Living Heart Project. It started at the preceding Intel HPC Developer Conference when the Living Heart Project (LHP), presented by Burak Yenier from UberCloud, won a best paper award. During SC’17 on Monday, the Stanford LHP Team received the HPCwire Editors’ Choice Award for Best Use of HPC in the Cloud. And finally, on Tuesday, the team won the Hyperion (former IDC) Award for Innovation Excellence, elected by the HPC User Forum Steering Committee. 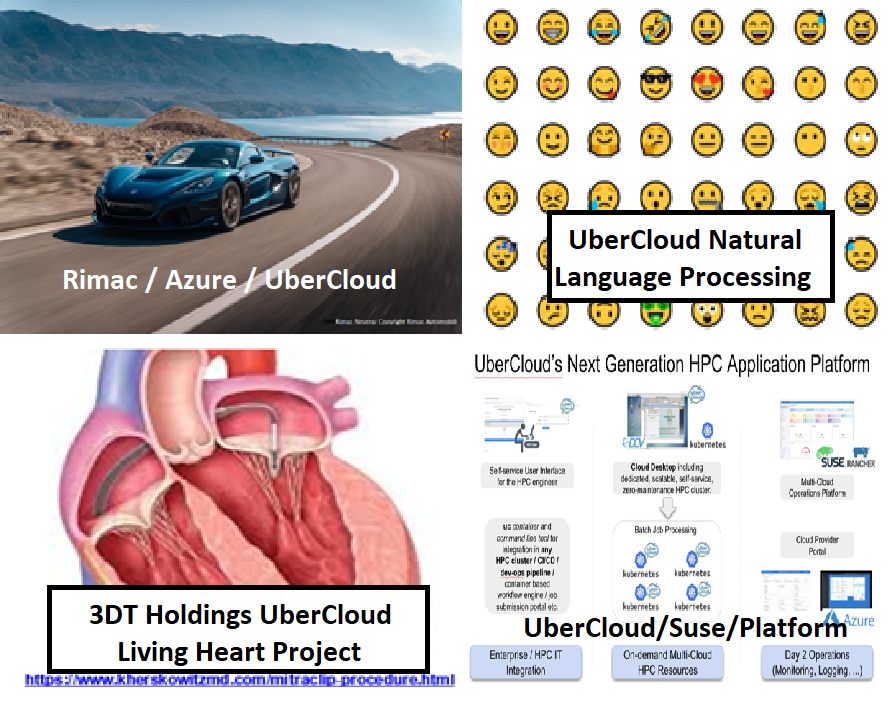 The Stanford LHP project dealt with simulating cardiac arrhythmia which can be an undesirable and potentially lethal side effect of drugs. During this condition, the electrical activity of the heart turns chaotic, decimating its pumping function, thus diminishing the circulation of blood through the body. Some kind of cardiac arrhythmia, if not treated with a defibrillator, will cause death within minutes.

Before a new drug reaches the market, pharmaceutical companies need to check for the risk of inducing arrhythmias. Currently, this process takes years and involves costly animal and human studies. In this project, the Living Matter Laboratory of Stanford University developed a new software tool enabling drug developers to quickly assess the viability of a new compound. This means better and safer drugs reaching the market to improve patients’ lives.

Figure 1: Evolution of the electrical activity for the baseline case (no drug) and after application of the drug Quinidine. The electrical propagation turns chaotic after the drug is applied, showing the high risk of Quinidine to produce arrhythmias.

The Living Heart Project team, led by researchers from the Living Matter Laboratory at Stanford University, is proud and humbled by being elected from HPCwire’s editors for the Best Use of HPC in the Cloud, and from the 29 renowned members of the HPC User Forum Steering Committee for the 2017 Hyperion Innovation Excellence Award. And we are deeply grateful for all the support from Hewlett Packard Enterprise and Intel (the sponsors), Dassault Systemes SIMULIA (for Abaqus 2017), Advania (providing HPC Cloud resources), and the UberCloud tech team for containerizing Abaqus and integrating all software and hardware components into one seamless solution stack.

Figure 2: Electrocardiograms: tracing for a healthy, baseline case, versus the arrhythmic development after applying the drug Sotalol.

A computational model that is able to assess the response of new drug compounds rapidly and inexpensively is of great interest for pharmaceutical companies, doctors, and patients. Such a tool will increase the number of successful drugs that reach the market, while decreasing cost and time to develop them, and thus help hundreds of thousands of patients in the future. However, the creation of a suitable model requires taking a multiscale approach that is computationally expensive: the electrical activity of cells is modelled in high detail and resolved simultaneously in the entire heart. Due to the fast dynamics that occur in this problem, the spatial and temporal resolutions are highly demanding. For more details about the Stanford Living Heart Project please read the previous HPCwire article HERE.