Join us for HIMSS19

If you’ll be attending the Healthcare Information and Management Systems Society conference (HIMSS19) in Orlando next week, please come and see us on Wednesday, February 13 at 5 p.m. in the HPE Booth Theater. We’ll be presenting exciting research from two initiatives, the Stanford Living Heart Project and the NIMHANS Brain Neuromodulation Project, which highlight the great promise of cloud computing in healthcare.

Before any new drug is put on the market, the pharmaceutical company must ensure that the drug does not induce potentially deadly cardiac arrhythmias. Testing the risk of arrhythmias through advanced electro-physiological modeling offers two key benefits:

Using advanced electro-physiological modeling, the team built a novel Living Heart Model (LHM) to evaluate the risk that a specific drug would cause a cardiac arrhythmia. During the final phase of the project, the simulation included 250,000,000 internal variables, using 7.5 million geometry cells.

Treating schizophrenia is often complicated and risky for several reasons. A successful treatment approach usually includes a combination of medication and therapy, and is highly personalized for each patient. More invasive treatments like Deep Brain Stimulation (DBS) come with risk for serious medical complications, including stroke and cerebrospinal fluid (CSF) leaking.

Sponsored by Hewlett Packard Enterprise and Intel, the Brain Neuromodulation Project was a collaborative effort from members of the National Institute of Mental Health and Neuro Sciences in India (NIMHANS), Dassault SIMULIA, Advania Data Centers, and UberCloud. Team members used computer simulations to evaluate the potential of a new, non-invasive treatment, transcranial Direct Current Stimulation (tDCS), which requires the identification of proper electrode placement for each individual patient. 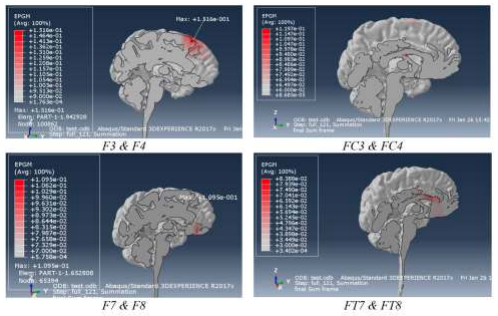 By implementing a cloud-based simulation, the team cut processing time in half. In the future, using this approach will make it possible to conduct many different electrode placement simulations in parallel, so eventually these searches can be conducted in (almost) real time.

Imagine you've just finished a visit to your favorite Scandinavian furniture store. You've strolled around, had some...

As a COMSOL user, you're used to flexibility. Parametrization of your models is second nature, and...